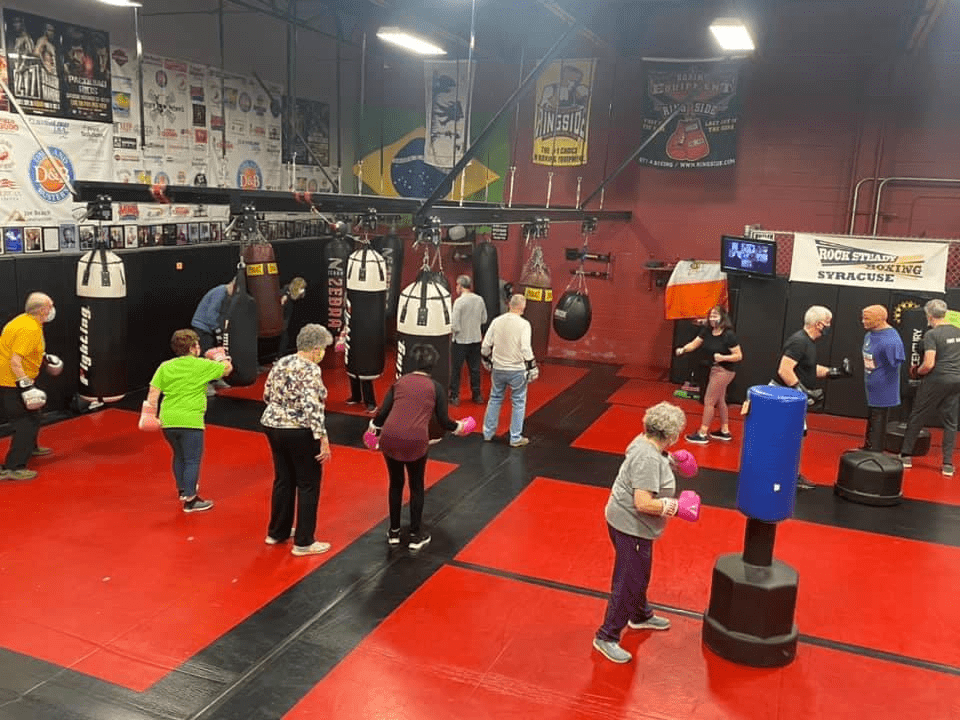 Our mission is to provide a holistic program of wellness and prevention empowering people with Parkinson disease to “fight back”, to maintain their functional abilities and to age well.

We are joined in this fight by ten coaches/instructors, a cadre of over 20 volunteers, local PD researchers and an active and engaged Board of Directors.

Our programs are supported by the medical literature and include physical, educational, social and supportive programming.

We are committed to offering opportunities to people with Parkinson’s disease so that not one of them, their family and care partners fight this disease alone.

Rock Steady Boxing Syracuse is our cornerstone program and is one of over 900 Rock Steady gyms world-wide that have a proven track record of improving function and in slowing the progression of the disease in people with PD.

Rock Steady Boxing is a non-contact boxing fitness program that addresses many of the issues associated with PD including strength, balance, agility, speed of movement, endurance, cognitive function, eye-hand coordination, and even breath expiration and voice volume.

Other program address emotional support and attitude, cognition, nutrition and education about PD.

Fighting back against Parkinson’s disease